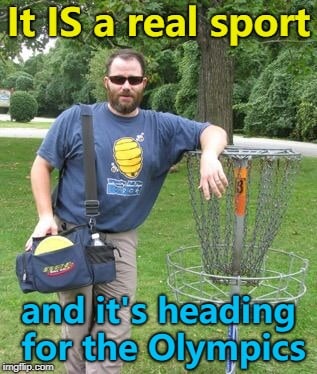 Mosey around the loop and back to the flag.

YHC heavily modified/audibled from his intended plan due to the number of PAX. In preparation for the main part of the beatdown, he took the PAX through a few disc golf practices after getting everyone their own disc.

Bogey Beatdown: Starting on hole 10, the PAX played the Bennet’s Creek Park DGC from the red (short) tees. After teeing off, each pax did 11 Squats + AMRAP until all other PAX have thrown. Where possible, the PAX sprinted to their lie. After each hold, the PAX did their score for that hole x3 Merkins (e.g. 4 strokes = 12 Merkins).

AMRAP Dealer’s Choice: For one minute each…

1 Thessalonians 2:8: So, being affectionately desirous of you, we were ready to share with you not only the gospel of God but also our own selves, because you had become very dear to us.