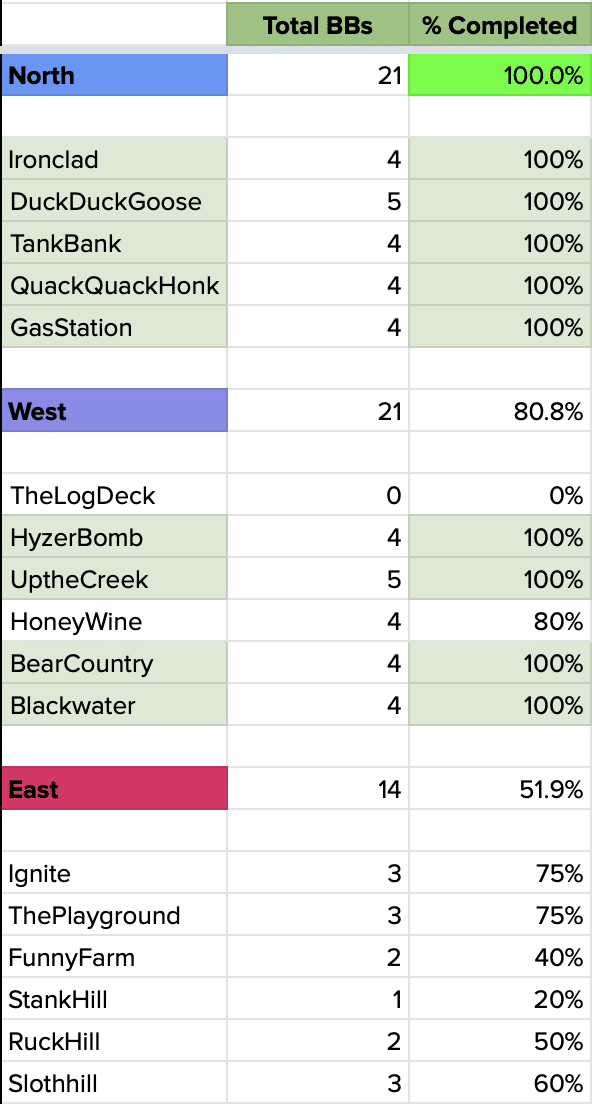 Way back in the days of yore (August), the PAX of F3 Hampton Roads undertook a challenge so intense, so frustratingly painstaking, so immensely difficult that it would bring men–nay–entire sub-regions to their knees. It was…simply writing a few lines to summarize the workout after the fact. To say all rose the challenge would be…stretching the truth. Yet, some pressed on and even thrived under the heavy burdens laid upon them. All told, the region’s back blast completion rate was an average of 76%–not enough to fail, per se, but we aren’t getting that grade put on the fridge.

The clear forerunner in all of this was the North Sub-Region. With an astonishing 100% completion rate (total of 21 back blasts) they posted the competition out of the water. What was it that propelled them to greatness? Were they born with it? Did they have greatness thrust upon them? Were they nagged incessantly by one Marvel to GET IT DONE? The world may never know.

It should be noted that both other regions had the potential to clearly outscore the North as they had more potential back blasts. Indeed, the West tied for total number, but due to a few PAX, namely █ █ █ █ █, they fell short. We shall not speak of the East except to say that some (not all) rose above their past but were stymied by technical difficulties.

The following PAX Qed at least once and followed it up with a back blast. Their Q-to-BB ratio is listed in parenthesis: