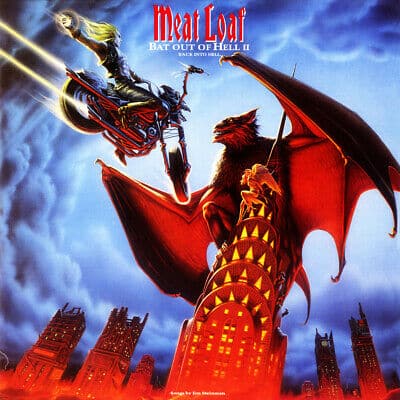 Cold…unlike our Meat Loaf, which was covered in hot sauce and turned up to 11!

Be responsible for yourself and others.

Mosey to loaves of meat (coupons)

Put leftover meat loaves in the freezer (replace coupons behind the shed). Mosey to flag.

Meat Loaf passed away last week from complications due to COVID. His name was Robert Paulson…no, actually it was Michael Aday. Meat Loaf was a nickname he got from his high school football coach. Most of his life he weighed between 265-300 lbs, until he ironically became a vegetarian and dropped to 195.
Unable to fit into a box (literally and figuratively), Meat Loaf began his musical career as a Motown singer, then in stage and theater. He starred in The Rocky Horror Show (stage) and Picture Show (film), as well as Little Shop of Horrors and the Broadway performance of Hair. His theatrically-themed rock album written by John Steinman, “Bat Out of Hell,” spent 9 years on the charts and is one of the best selling albums of all-time. It still sells approximately 200,000 copies per year.
Meat Loaf sang, “I would do anything for love, but I won’t do that…” What is “that” for you? What are you unwilling to compromise? What is your non-negotiable in a world that constantly begs you to conform and bend to society?
“Therefore beloved … take care that you are not carried away with the error of lawless people and lose your own stability.”
‭‭2 Peter‬ ‭3:17‬ ‭ESV‬‬
Be steadfast. Be yourself, just the way God created you.

PAX (“roadies”) jammed to a Meat Loaf playlist consisting of up-tempo hits from “Bat Out of Hell” and “Bat Out of Hell II.” The epic and theatrical ballads covered a 44-minute workout with only 5 songs.

Cash Flow has upwards of 10 different Virginia Tech crewneck sweatshirts. Some are strictly for working out, and some are his “dress up” ones. Dirt Bike believes Cash Flow has a super hero’s closet consisting of only VT super sweats.

Gator removed himself from the group due to chili-induced flatulence.

Jack Black should play the character of Meat Loaf in a Broadway show about his life.

Charlie Murphy is a great storyteller. Remember the time he and his crew played a game of basketball against Prince? That cat can ball. And then he served them pancakes. Game. Blouses.

PAX shook out noodle arms on their 25-yrd out and back runs. Jigsaw’s looks like wings.

Bing Bible study Fridays @ noon. He’s often the only one on the call. Don’t miss this opportunity to grow 2nd and 3rd F’s.

Money Ball is raising money for the kids.