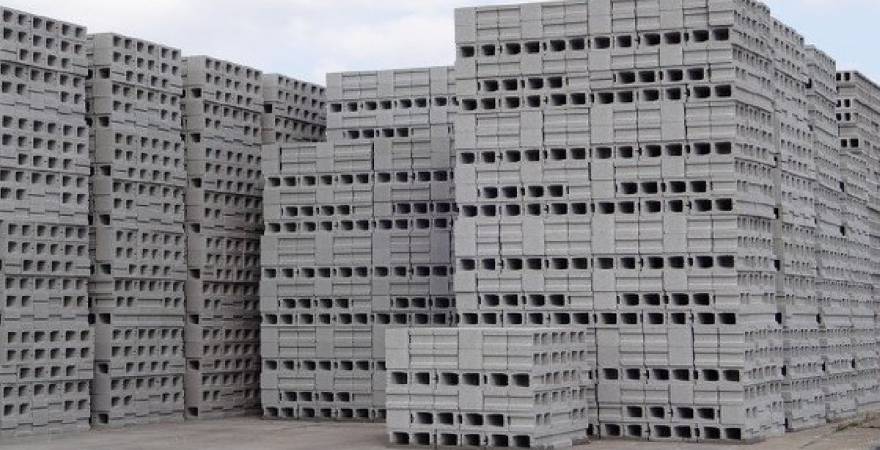 YHC posted the night before the workout imploring PAX to arrive with cinder blocks because I was in a “building” mood.  PAX never disappoint and we had one extra block than necessary … oh well, alternate who carries the extra was the unspoken decision

Next exercise was … opening notifications about F3 being peer led, no monies changing hands to be there, and a friendly reminder that if anyone was not feeling well to return in 10ish days.  Mumblechatter was concerned about whether this was YHC’s first Q, which would have meant we were all stuck in a time warp.  Luckily, warmarama proceeding without further disorder.

Arm circles, small and big, both directions x 5 for each fashion

Each PAX was given a cinder block and a number.  Two themes for the beatdown were building/moving and communication.  Therefore, at each waypoint, PAX were instructed to build something with the cinder blocks.  PAX #1 was first to put their block down and first to retrieve a block as we moved to the next waypoint.

Short mosey to the first shelter for what YHC coined a “double dora.”  PAX partnered up and ran in opposite directions around the park loop.  Every time they met, they did a prescribed exercise and, once complete, continued to run in their original direction.  First round was burpees, 50 total, 5 for each PAX each time they met their partner on the loop.

With humidity at approximately 238%, YHC decided to audible that the second round would be rifle carrying the cinder blocks between two shelters.  This round was block-merkins, 100 total, 10 for each PAX.

With time passing and sanity slipping, we moseyed to the field for a serious competition.  Each pair of PAX had cinder blocks.  One pax would start lunge walking with the cinder block while the other PAX did 5 burpees.  Once the burpees were completed, that PAX would yell, “Stop!” indicating that the other PAX would then hold the cinder block overhead, or in a squat, or do curls while the other PAX lunge walked up to and past them.  Once the first PAX to do burpees lunge walked past the PAX holding the block, the block holder would start their 5 burpees.  The first group to get to the generator lights and back to the start line won.  Somehow, Elm, Priorities, and Dreamliner eeked out the W.

With scant time remaining, YHC reminded the PAX that there was the remainder of the original DORA to contend with. Coupons were left behind and all sprinted between shelters completing 20 squats and 30 LBCs until time ran out.

Ball of Man (on a knee due to delta)

YHC shared how multiple moves were required to ultimately realize having my house built, which we hope will be complete this January.  The most important thing to do is to retain communication.  First, with God for wisdom, guidance, patience, perseverance.  Next, communicate with your family, especially if you have young ones, to enable them resources to express feelings they may have never dealt with.  Although this example is moving, there are a myriad of life challenges that can be disruption.  This formula for communication works in all of them.

Proverbs 24:3 was shared and all PAX left about 40 pounds lighter due to water weight loss.