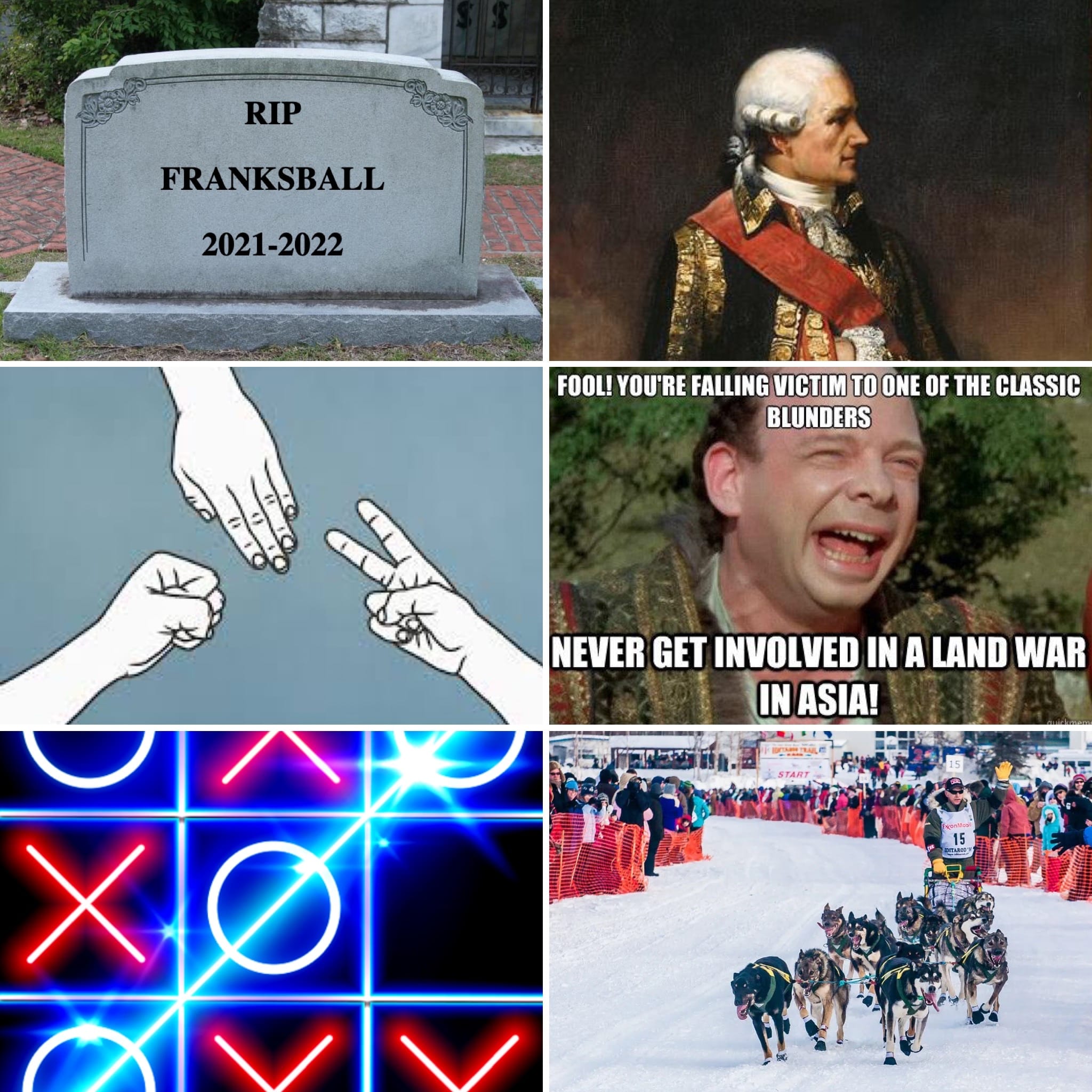 Mosey to the farthest light pole, then race back. Partner up with whoever was closest across the finish line.

Rochamburpees: With partner, both PAX hold Chillcut Plank. Play Rochambeau/rock-paper-scissors with your partner while in chillcut plank position. Winner did 1 Merkin, loser did 1 Burpee. Ties meant both do Merkins. Increase number of reps each time until you and partner reach 10.

I Declare a Dumb War: Divide into teams based on who won Rochamburpees last. Teams line up opposite each other at two light poles, each PAX with a coupon. On Q’s signal, each PAX does 10 each of Curls, OH Press, Goblet Squats, then moseys to add a mark to other team’s line. Goal is to make more marks on their line than they do on yours.

Tic-Tac-Toe: Same teams all lined up at same line. PAX take turns rifle carrying coupon to tic-tac-toe grid and placing it to try to win. After a  team’s 3 coupons are placed, the next pax in line returns one to the starting line. All PAX must do a man-maker before picking up a coupon–whether placing or returning it.

Return coupons (near) the flags.

Iditarod: PAX moseyed around Food Lion, stopping at each speed bump for 1 Burpee, 2 Jump Squats, 3 CDDs. The first time coming to each corner, PAX circled back to six and started again from wherever the six was at that time.

James 5:16: Therefore, confess your sins to one another and pray for one another, that you may be healed. The prayer of a righteous person has great power as it is working.