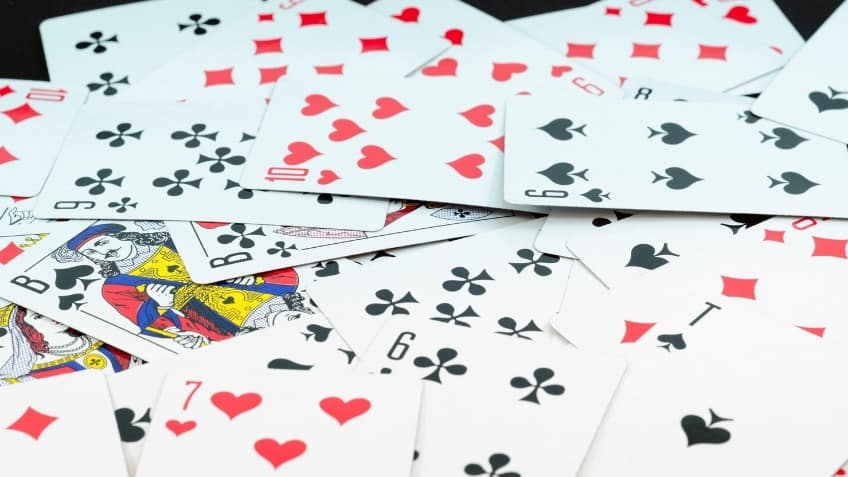 8 Pax showed up for F3 Deck of Death at Stinkhill. The sun was up but the temperature was still chilly. There was some mumble chatter about.

The Thang: Pax took off for a little mosey around the path. Every now and again YHC would halt progress and have each of the Pax select a card from the DOC. After performing the prescribed exercises the Pax would mosey on to the next spot. If the Pax selected a chest exercise then the Q would call out a MARY one to accompany. If the exercise was a MARY then the Q would call out an upper body exercise. The exercises were as follows: 17 Monkey Humpers, 13 Chuck Norris Merkins, Backwards Sprint up the hill, 12 Hand Clap merkins, 25 Monkey Humpers, 20 Rosalina’s, 20 Merkins, 25 Burpees, 25 2 ct American Hammers, 25 Carolina Dry Docks, 13 High Slow Flutter Kicks, 25 Diamond Merkins, 25 4 ct LBC’s, 100 SSH, 17 LBC’s, 17 HR Merkins. Once the Pax made it around to Kids Cove the Pax sprinted up and down the hill three times with some exercises in between.  After which the Pax moseyed up and over the hill and back to the flags. Once there the Pax knocked out dealers choice MARY.