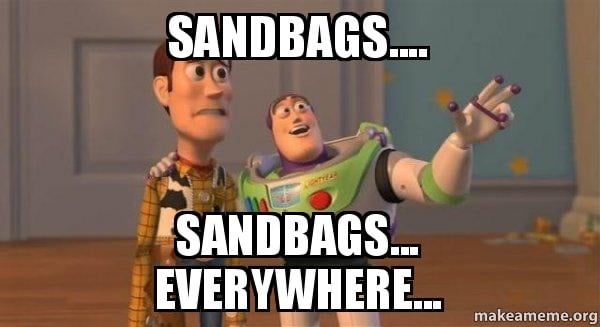 7 Pax showed up for another version of sandbag beat down at Stankhill. The official temperature was 30 degrees but in its always “70 and Sunny” in F3.

The Thang: Pax picked up the sandbags and moseyed to the Amphitheater. There they partnered up and performed DORA. 100 Merkins, 200 Air Squats, 300 American Hammers. While one was doing the exercises the other was running across the field with the Sandbags. After that the PAX moseyed over to the base of the stairs. 4 Pax held Al Gore and the sandbags while the other 3 moseyed up and down the stairs. They did that for three rounds. After that the Pax moseyed back to the flag for some dealer’s choice MARY.