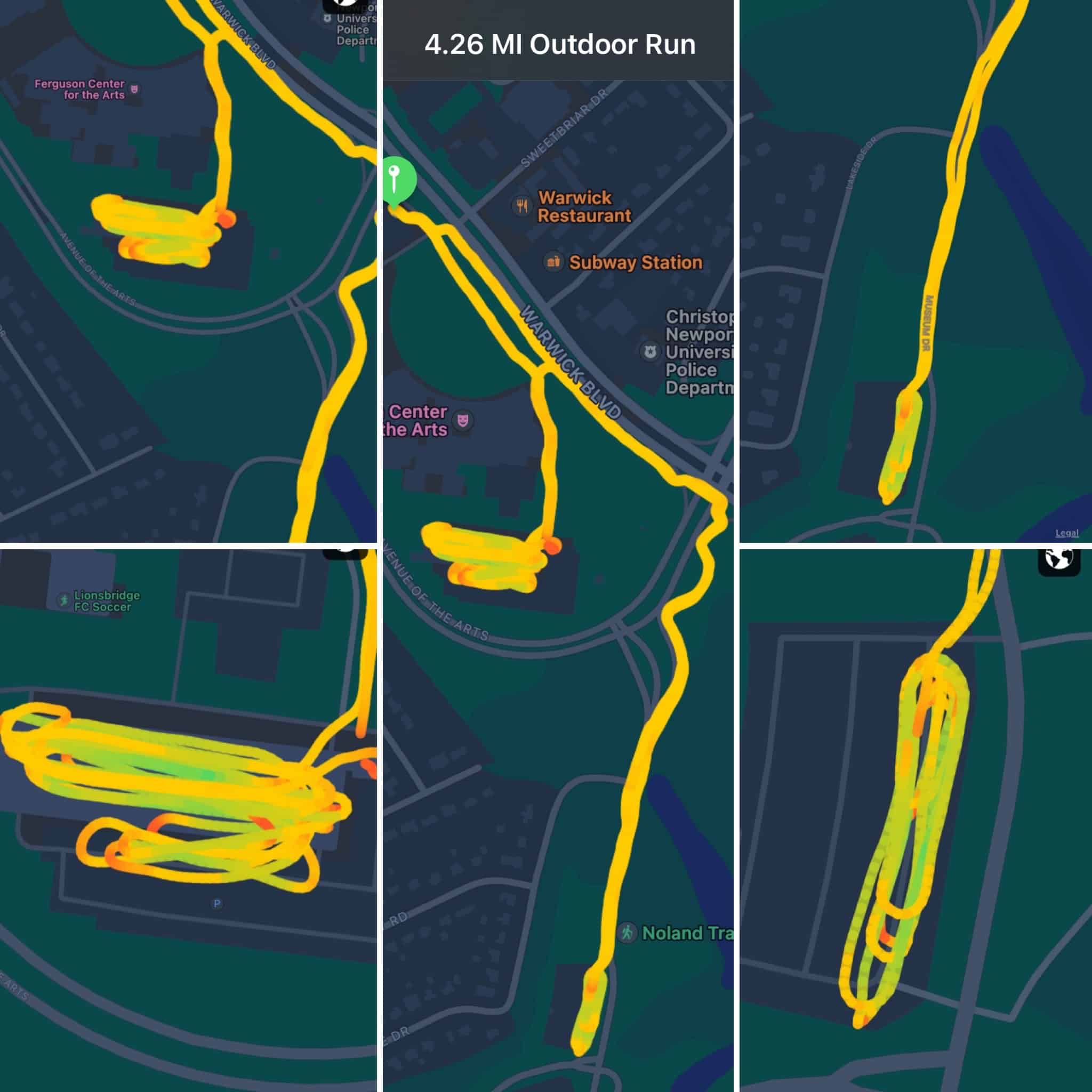 Colder than a phone call with that girl you dated for a bit in college and haven’t talked to since.

Once there, they completed 5 minutes of Suicides using the medians and far side of the parking lot as marks.

PAX then moseyed together to the CNU parking deck, again via Warwick Blvd.

Once there, they completed a set of Suicides using the two walls on each level as marks. This took the remainder of allotted time.

PAX then returned to the flags together (via the stairs).