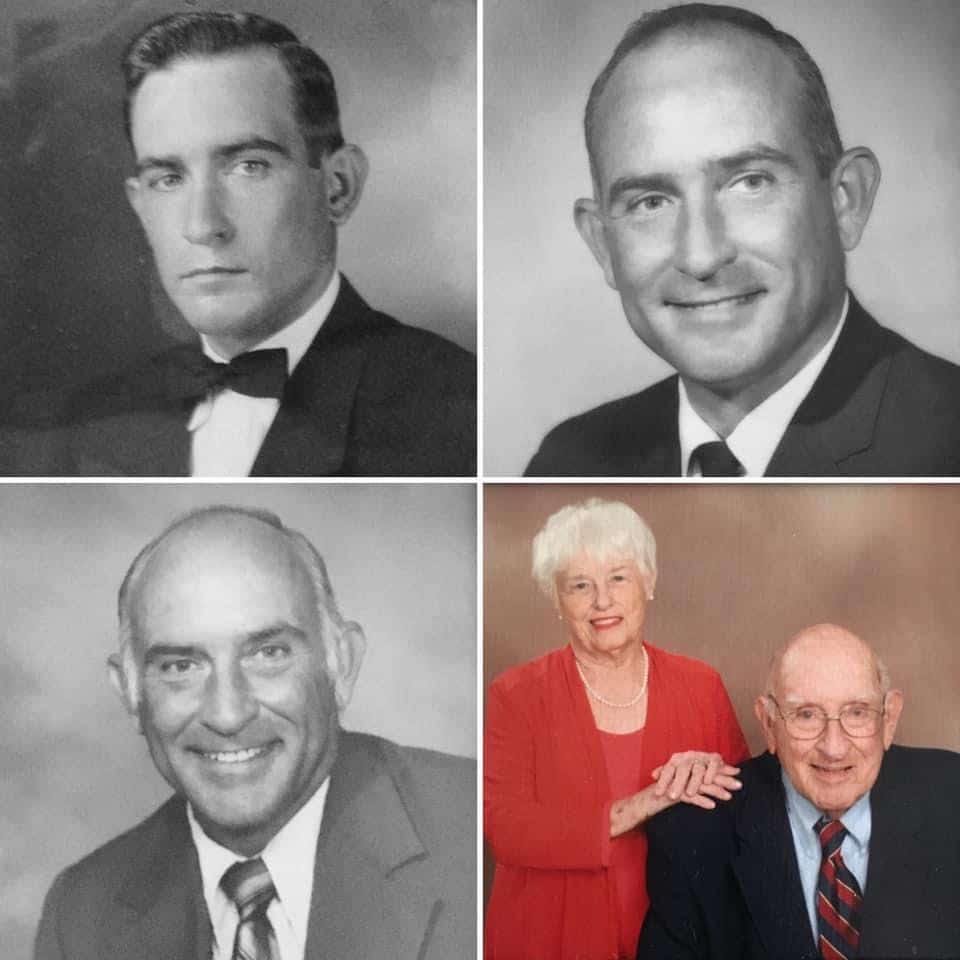 In memory of my dad who passed away four years ago today, we did the following exercises based on his nickname, Splinter. Four sets with increasing reps of 5, 10, 15, 20. Run around the building and parking lot after each set

F3 Deck of Death for 15 minutes. Pick three cards, perform the exercises, run 50 yards out and back. Rinse and repeat.

Below are the comments I made at his funeral.

“My dad was a simple yet talented man. Thank you Pastor Jerry for sharing some of his talents with us. He lived proudly in Petersburg is entire life, worked for the same company for 41 years, and was married to our mom for almost 56 years.

In a quiet way he taught Tommy and me the values to work hard, practice and play to win but to be a good loser and graceful winner, respect others, be prudent with our finances, laugh and have fun, honor our mother, and be a good friend to others.

I should have known early on in life that Splinter had a sense of humor. Most dad’s give their sons a name like Tom, Bruce, Mike, David. Dad gave me the name Bebo when I was still in diapers. While I am proudly named after dad, he let me grow up to be Bebo and become my own man.

Our dad spent his entire life devoted to Tommy and me. He coached some of the teams we played on, he was the cub master when we were in Cub Scouts and Webelos, and rarely, if ever, did he miss one of our games or events. We grew up in this church and dad was the coach of the St. Mark’s boys’ basketball A team that played in a very competitive church basketball league. When I visited the church this week I came upon the trophy when he coached St Marks to the 1974-75 regular reason championship over our rivals Christ & Grace, First Baptist, and St. Joseph’s. Dean Smith would have been proud of his coaching efforts that season.

As I became a father I later realized why dad was so involved in our lives. He lost his father to a heart attack when his twin brother Charlie and dad were 12 years old. They were raised by their mother during their teenage years. I feel that dad did not want Tommy and me to grow up without a father like he did and he made sure he was very active in our lives. I know he is excited to be reunited with his father, mother, sister, and brother.

Every morning I receive a Verse of the Day in my inbox. The day dad passed away the verse was Galatians 2:20. “My old self has been crucified with Christ. It is no longer I who live, but Christ lives in me. So I live in this earthly body by trusting in the Son of God, who loved me and gave himself for me.”

As George Bailey’s guardian angel Clarence Odbody told George in the movie It’s A Wonderful Life, “Each man’s life touches so many other lives, and when he isn’t around he leaves an awful hole, doesn’t he?” During his 86 years with us, Dad touched the lives of many individuals in a positive way.  He will be missed but not forgotten.

Dad, you can be proud of the job you did as a husband, father, father-in-law, grandfather, boss, co-worker, and friend. I love you and I’m so proud to be your son.”

Service project after Gas Station tomorrow at the Y (8:30am start time for the project)

Murph on Memorial Day Western Branch High School 7am, no other Monday workouts