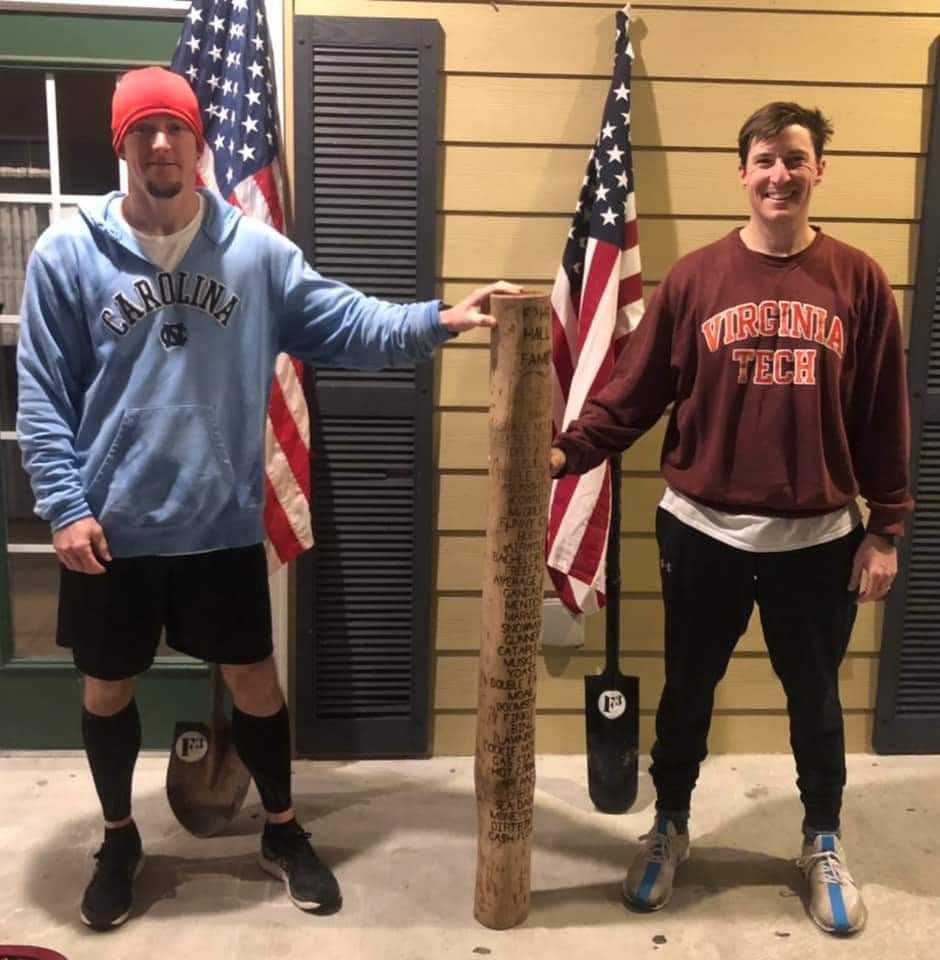 Warmarama: We did some of that, I guess

The loser of a wager between CashFlow and DirtBike had to Q this workout.  UNC lost to VT in the ACC Men’s Basketball Tournament.  This was not about doing the same exact workout they had for their HOF post.  It was about redemption.  During this HOF post CashFlow and DirtBike never won a single race.  Teams were switched up every race and even though there were several 2nd place finishes there was not a single victory and as a result 10 Burpees followed just to line up and run again.  From that day on CashFlow and DirtBike made a Pact to train together and one day win their race!

While other inferior Pax kept their precious slumber, CashFlow and DirtBike would arrive 30 mins early and run mile after mile, for over a year, before each workout.  Many times the conversation would lead to that dreadful memory of those many loses, other times race strategy, CashFlow and DirtBike knew one day the time would come to prove their dominance and they would be ready!

Today was that day!  Race strategy, get the Pax invested in max effort running out of the gate.  Excessive trash talk was deployed to ensure they were invested.  This proved effective, the 1st race was a lose for CashFlow and DirtBike, a respectable 2nd place finish for moderate effort.  CashFlow and DirtBike could see their victory was close.  The next race and several after they were victorious!

Some may say this was rigged as the competition had to switch partners each time and couldn’t have the same partner twice.  Others may say some of the faster Pax were not there to help the losers efforts.  CashFlow and DirtBike will say, you know where to find them, BRING IT!

3 Signs of a True Friend

As iron sharpens iron, so one person sharpens another.  -Proverbs 27:17

Walk with the wise and become wise, for a companion of fools suffers harm.  -Proverbs 13:20

And let us consider how we might spur one another on toward love and good deeds -Hebrews 10:24

A happy heart makes the face cheerful, but heartache cruses the spirit. -Proverbs 15:13

True friends stab you in the front.  -Oscar Wilde

The words of the reckless pierce like swords, but the tongue of the wise brings healing. -Proverbs 12:18