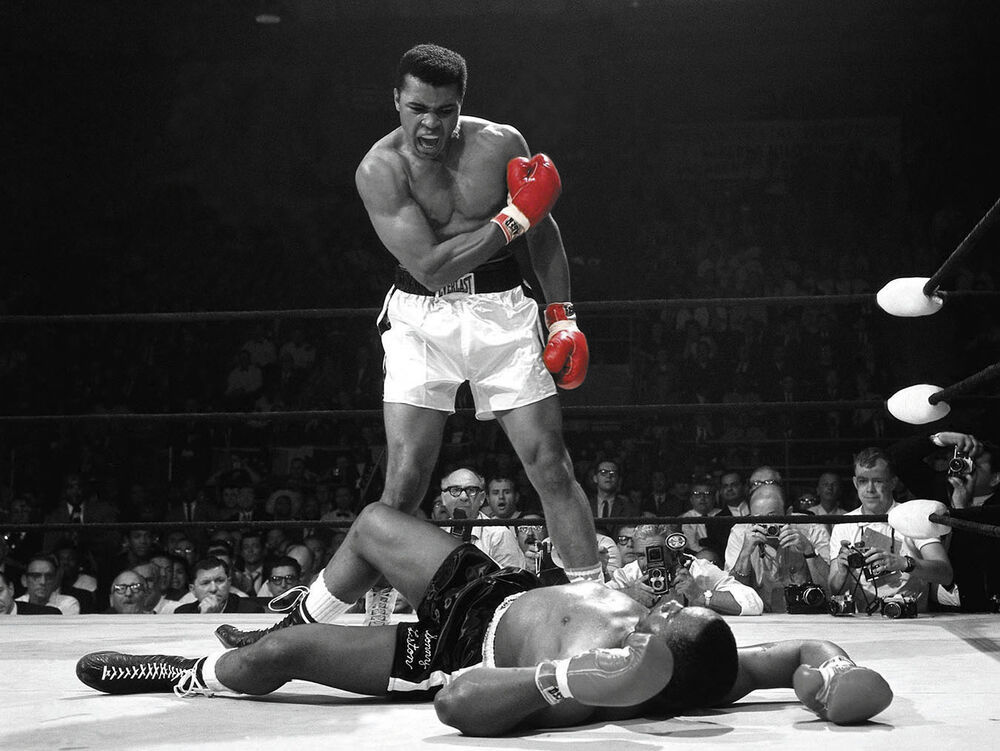 Moist and overcast with 60s in mid December

Go home if you have Covid.  Don’t hurt yourself, but if you do, Thriller has office hours in Newport News on Thursdays.

He started each morning at 5:30 with a 6 mile run.  We didn’t have time for that so we did 6 laps around the Hyzerbomb circle (We stopped when 6 hit 3 laps but the leaders claim they got all 6 in)

Ali was aware of the importance of stretching and did it a lot throughout his workout, so we did a short stretch

3 minute sets of boxing warm-up exercises just as Ali did:

side steps, torso swivels, jumping rope (not standing in the same place, you’ve got to float like a butterfly)

Ali would then do an hour of speedbag, heavy bag and shadowboxing.  We didn’t any bags so we just put on our gloves and did 12 rounds of shadowboxing with 10 reps in each round as follows:

3 more 3 minute set of side to sides, torso swivels, and jumping rope

Ali ended his workouts with 15 minutes of Abs.  He did 5 mins each of bicycle crunches, straight leg sit ups, and leg lifts

We started this but then had to modify.  We did a full 15 minutes but added in flutter kicks, american hammers, and crunchy frogs.  We also did an Indian run lap in there somewhere to break up the abs.

The fight anniversary was Ali’s last fight in 1981.  He lost his last fight ever.  As long as you go out swinging, the world can still remember you as The Greatest.