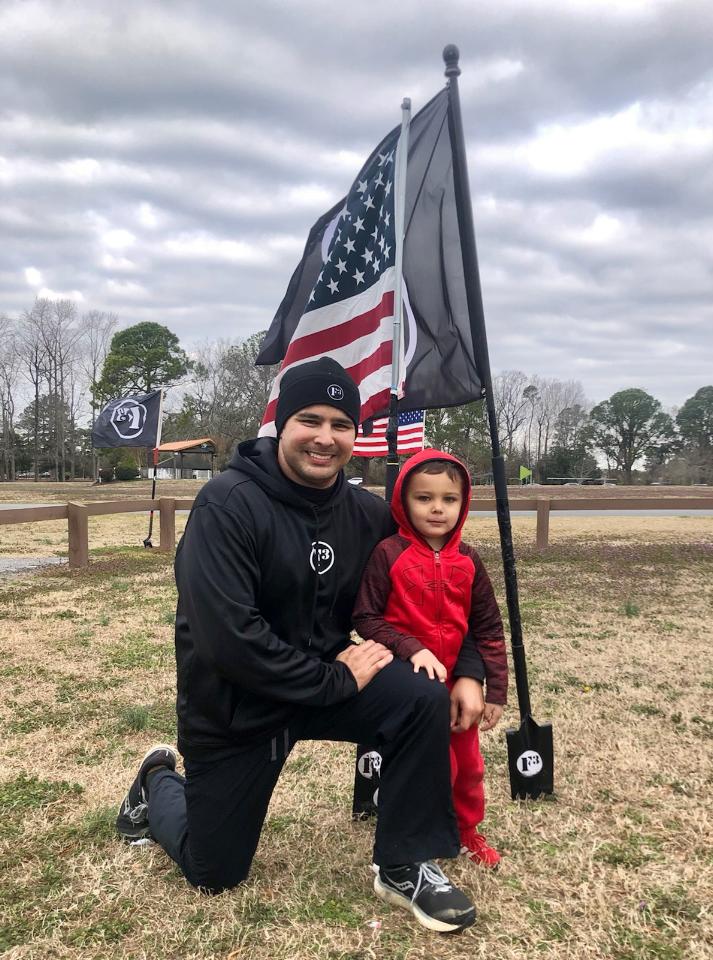 started crisp and overcast but warming to a nice 50 degrees

Go home if you are sick.

Don’t get hurt, but if you do, Thriller has office hours in Newport News on Thursdays from 8-4:30

Magic number of the day is 25, which is how many lbs Thriller has lost since starting F3 1 year ago today.

Indian Run around the circle followed by 25 merkins

Legs 5 exercise x 25 reps.  After each exercise pax had to run and kick a soccer ball in the goal: squats, lunges, dog pee (hip abductor exercises on hands and knees lifting each side, rotating forward, and rotating back each with 25 reps), 25 merkins

Game of Plank Red light/Green Light: RL/GL as you would as a kid but on RL you drop to a plank.  To win you had to kick soccer ball in the goal, finish with 25 merkins

Game of Plank Freeze tag: just as you would as a kid but when frozen you drop to a plank (the “its” were the 2 winners from the RL/GL game), finish with 25 merkins

We did it, see above

I related Genesis 22 to my own situation with my son Isaac.  When he was diagnosed with Leukemia I felt angry at God for making my son sick.  Then after reading this scripture again it helped me understand that I needed to do as Abraham had, and put all my faith in God.  I have continued to try and do this better everyday and just like this scripture God has spared my son Isaac as he did Abraham’s son.

“When they reached the place God had told him about, Abraham built an alter there and arranged wood on it.  He bound his son Isaac and laid him on the alter on top of the wood.  Then he reached out his hand and took the knife to slay his son.

But the Angel of the Lord called out to him from heaven “Abraham! Abraham!

“Here I am” Abraham replied

” Do not lay a hand on the boy” he said “Do not do anything to him.  Now I know that you fear God, because you have not withheld from me your son, your only son.”

There are events coming up- see the slack page for more