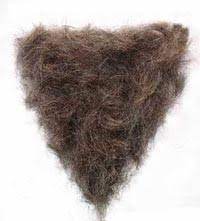 Sunny and warming up.  Started in the high 50s and felt like 90s when we were done

Covid shots are for cool kids.  Go get them, and if you’re sick, go home and come back in 2 weeks.

50th post for Linked In allowed for an appearance of Lady Glitter Sparkles, perfect timing for all the laps that were planned.

Started with an Indian Run.  Leader carries Lady Glitter Sparkles and rear pax does a burpee before his sprint to the lead where he takes over LGS.

After each lap, the pax with LGS counts the cadence for the group at his chosen speed for 20 reps.  Holder of LGS does squats and remaining Pax all do a merkin variation.  Laps with LGS after each set (first 2 and last lap were Indian run, moseys for all the others.)

total 200 merkins and about 3 miles of running

There are all types of forces in the universe that can influence us but none as strong as that from within.  Your internal will is the strongest force you have if you to choose to use it.